The U.S. Is Killing Hundreds of People in Somalia 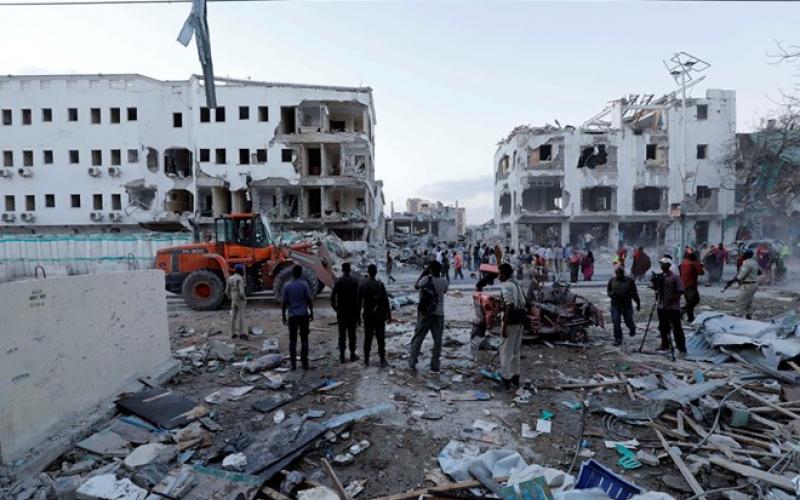 Unless you write about U.S. foreign policy for a living, it’s unlikely you can name all of the countries the U.S. is currently bombing. There are so many that there are periodic explainer articles on this very subject. That’s not about to change.

Even as Donald Trump talks about pulling out of Syria and Afghanistan, the U.S. has been ramping up its airstrikes in Somalia, where military forces have already killed 225 people in 47 attacks since the beginning of 2019, according to a New York Times report on Sunday. In 2018, the U.S. killed 326 people in Somalia over the course of the entire year.

The campaign in Somalia ostensibly targets the Islamic extremist group al Shabab, which is affiliated with Al Qaeda. They have been responsible for horrific attacks, including the 2013 massacre at Westgate mall in Nairobi, Kenya. Just this January, the group carried out another deadly attack at a luxury hotel in Nairobi, killing at least 14 people.

The United States Africa Command says that only al Shabab militants have been killed in airstrikes, though that is hardly ironclad proof. What we do know is that the airstrikes are worsening the situation on the ground for regular people, displacing millions and destroying livelihoods, according to the UN.

“Ultimately, civilians are paying the price for failure to resolve Somalia’s conflicts through political means,” the UN Secretary-General’s Special Representative for Somalia Michael Keating said in a UN report. “And parties to the conflict are simply not doing enough to shield civilians from the violence. This is shameful.”

As more and more Somali civilians are displaced, it’s worth remembering that Trump’s travel ban, upheld by the Supreme Court last year, prevents Somali refugees from entering the U.S.

There are currently around 500 American troops in Somalia, most of whom are Special Operations forces. These forces have been training the Somali army and conducting raids.

Experts say that some of the increased action in Somalia might actually be due to resources freed from Syria and Afghanistan.

“We were geared up for counterterrorism efforts in Somalia, and now there are more resources to do it, so we’re doing more of it,” Stephen Schwartz, a former United States ambassador to Somalia in 2016, told the Times.

“It could be there is some well-thought-out strategy behind all of this,” Schwartz added, “but I really doubt it.”