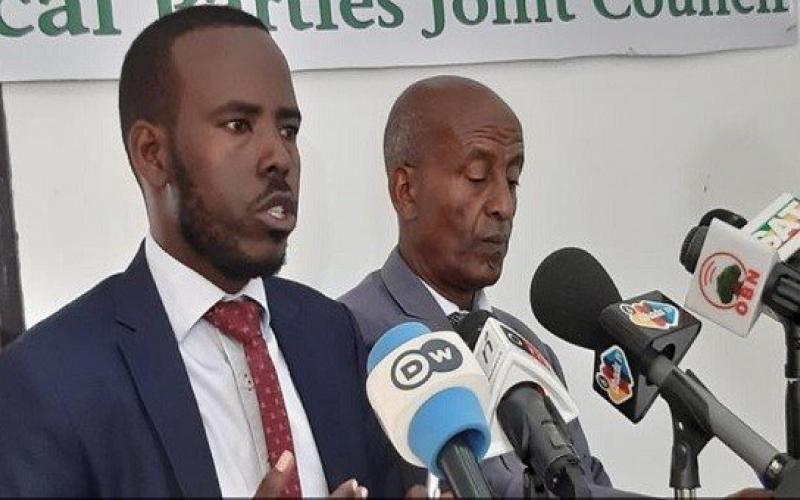 Ethiopian Political Parties Council draws membership from 100, if not more, national and regional parties in the country.

The council had a meeting this week regarding the upcoming general election. In its decision, it insisted that the vote needs to be postponed.

Six parties that are members in the council voted “No,” while five other parties abstained.

The decision got a majority vote, according to the DW Amharic report on Friday. Most member parties argued that Ethiopia is not in a situation to conduct a national election and that the existence of the country is a priority.

The situation in the country, they say, is not reliable for the parties to move from place to place to undertake their campaigns. They also pointed out that the National Election Board of Ethiopia does not have adequate preparation to conduct the election.

Ethiopia’s Election Board did not remark on the statement from the council.

But it announced a new election date last week, and the election will take place on August 29, 2020. It has released a detailed schedule.

Opposition parties expressed disagreement with the date saying that the time is a rainy season in Ethiopia and hence not convenient to conduct the election, especially in the countryside where infrastructure is poor.

However, a sort of an informal campaign is well underway – especially in the Oromo region of Ethiopia, where the election is expected to be highly contested.

Oromo Federalist Congress (OFC), under the chairmanship of Merara Gudina, kicked off the campaign in early January. Seemingly, the party decided to launch an early campaign against electoral board laws, after Jawar Mohammed announced that he had joined the party in late December.

He purportedly has millions of followers, and he renounced his American citizenship as he is planning to run in the election.

Yet, his party membership itself seems to be problematic as the Election Board is insisting that he has to provide a certificate of citizenship within ten days, or else he will be losing party membership as required by the law.

The ruling Prosperity Party (PP) is responding to the early campaigns of OFC employing the format that the former used: organizing support rallies. However, unlike the OFC, PP is taking its campaign outside of the Oromo region of Ethiopia as well. On Friday, for example, there were rallies in several cities in support of Prime Minister Abiy Ahmed’s party.

In any case, what is clear at this point is that the election will take place on August 29, 2020.